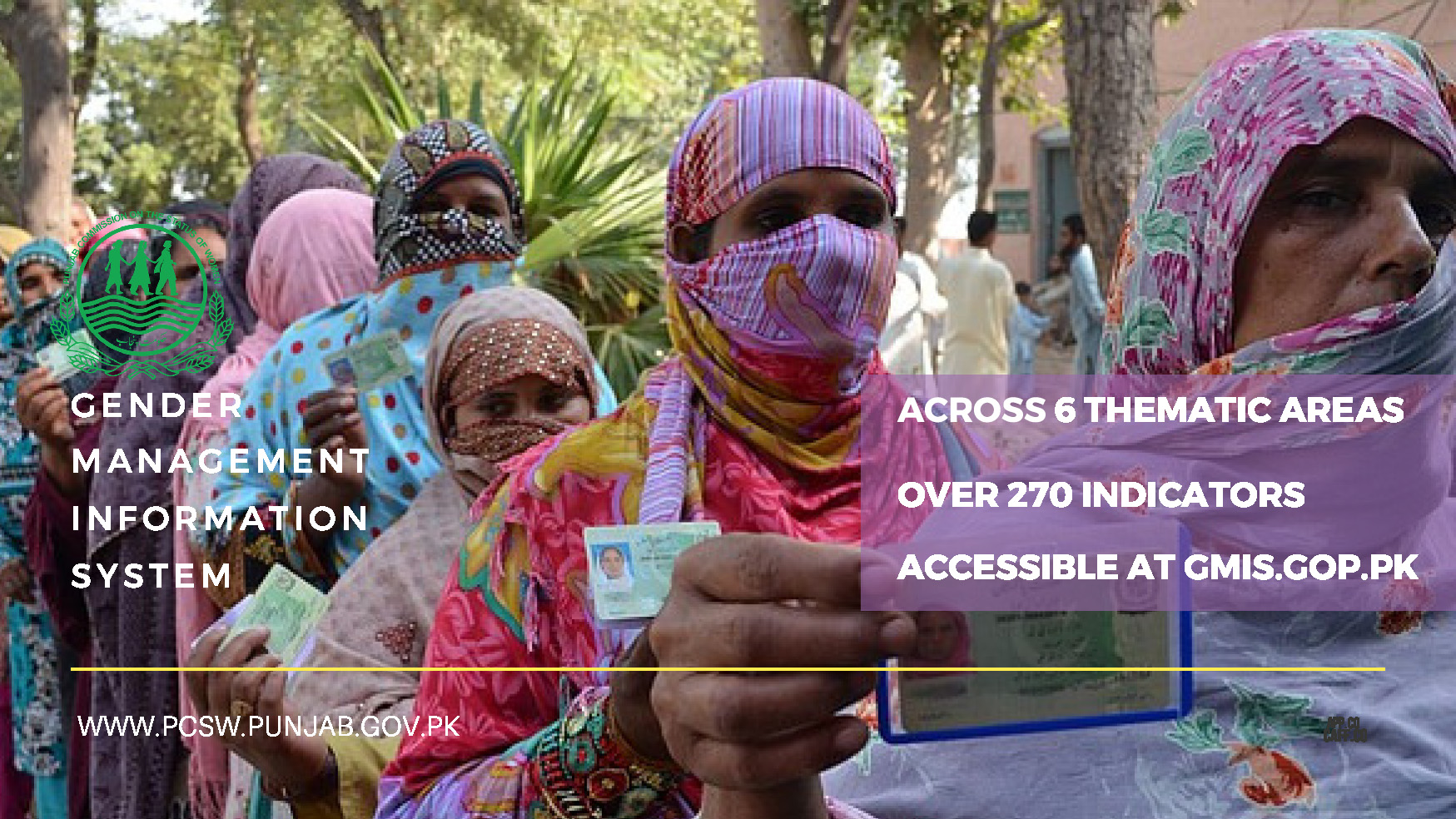 Punjab Commission on the Status of Women is mandated to sponsor, steer and encourage research to generate information, analysis and studies and maintain a database relating to women and gender issues to provide knowledge and awareness for provincial policy and strategic action for women empowerment. Towards this end, the PCSW has undertaken to prepare an annual gender parity report that reflects the status of women in Punjab and the status of access to rights and services, especially those provided for in the Punjab Women’s  Empowerment Package and Initiatives 2012 and 2014.

To achieve accurate reporting on women’s status and issues, the Commission has created a Gender Management Information System (GMIS) that will capture information on key indicators for women, including education, health, population, inheritance, employment, violence against women, implementation of PWEP 2012 etc. GMIS is envisioned as a computerized database of women related statistics/information organized and programmed in such a way that it produces regular analysis and reports on the status of women in Punjab for the decision makers at the provincial and district levels. Geo-spatial mapping of data will permit visual depiction of the status of women to decision makers in the province and in the districts which can be viewed in Departments and Relevant Indicators.

The Punjab Gender Parity Report (PGPR) is the first of its kind document that will serve as a comprehensive analytical aid for women rights in Punjab. The aim of the PGPR is to highlight major areas of concern with regard to women’s rights. Recommendations have also been given at the end of each chapter with an aim to improve the situation in areas where significant disparity is noted. Data collection will be a continuous process and information will be collected in the Gender MIS throughout the year. With a regular data collection system in place, subsequent PGPRs will have an even better comparative foundation and will be more comprehensive every year.