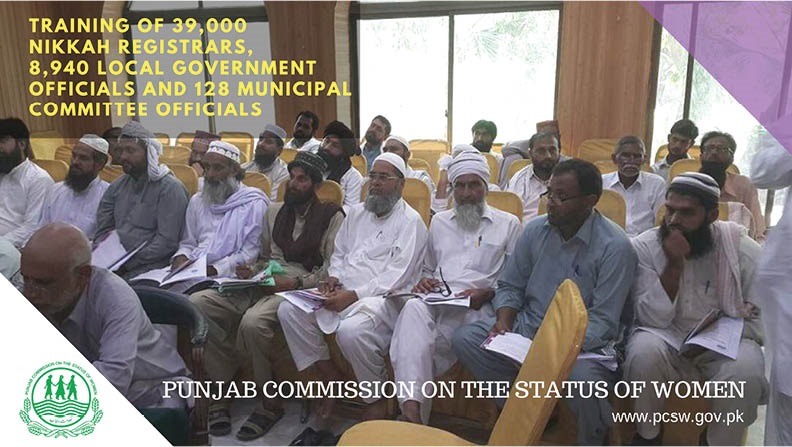 Primary function of Punjab Commission on the Status of Women is to promote and protect women’s rights in all spheres of life.  It is essential to build capacity of all local government incumbents about the new laws, amendments, policies, proper filling of Nikah Nama, registration, and rights of women, etc. as denial of women’s rights in marriage, often emanates from improper filling of Nikah Nama and improper registration thereof.  PCSW is going to train   38793 Nikah Registrars, 4015 UC Secretaries and 4015 UC Chairpersons in Punjab (Cost 87.937 m).

A total number of 1294 trainings for Nikah Registrars and 260 trainings for UC Secretaries/UC Chairpersons will be conducted in 36 districts of Punjab for the said purpose. With this training activity, the awareness among fairly large number of Local Government officials about important laws and amendments in laws e.g. Birth Registration, Inheritance, Muslim Family Laws, and Marriage Restraint Act, Child Marriage Act and Women Protection Act, etc. and their responsibilities as Nikah Registrars, UC Secretaries and Tehsil Officers would be increased. As a matter of the fact, this would help in protecting women against harmful practices including child and early age marriages.  This would also help in protecting women against exploitation and discrimination and also help in protection of their rights in case of divorce which are often denied at the time of Nikah.

The self-explanatory Training Manual, containing  updated information on Muslim Family Laws, other pro-women laws and amendments was developed in the begning of the project.  Out of 50,000 copies 28,000 manuals have been disseminated to the Nikah Regsirars and LG Officials during the training sessions. 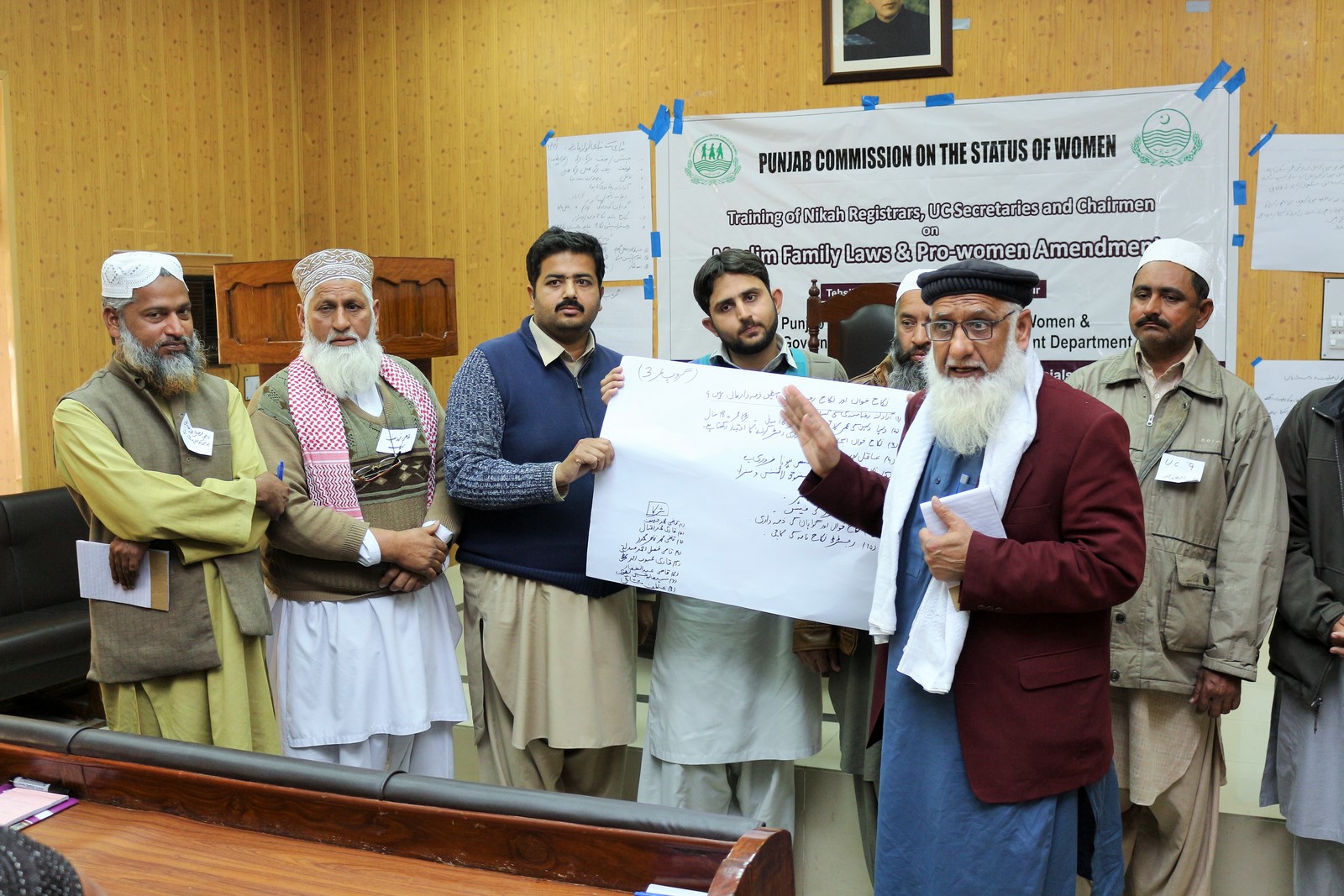